I’m an old school programmer. I remember a time when internet access was slow and we could see images slowly appear on web pages. At the time, understanding the technical aspects of HTTP and HTML were important to properly balance out design considerations and performance.

But times change. And I’m getting too old to worry too much about the nitty-gritty details. In my professional life, I dealt with one content management system, Zope. We were trying to develop a system based on Zope and Plone, but for various reasons, the effort wasn’t successful. I’m a big fan of Python. But sometimes it seems that, because the language is so easy to use, systems built using Python can get bloated very easily.

About five years ago, I learned PHP. It’s an ugly language with a less than stellar reputation. But it is ubiquitous and widely supported. Likewise, there are aspects of WordPress that grate with my old-school programmer creds. But it is widely used and supported. Sometimes you just have to be pragmatic.

For about 6 years, I was the webmaster for our church, the Kingston Unitarian Fellowship. Up until recently, the site was hard-coded HTML using SSI and Javascript. And it took some effort to make the site mobile-friendly. But back in January, the board directed me to use WordPress for the church website. It was not entirely surprising since we talked a bit about it before. And it made sense since other people in the congregation would then be able to update content. That was an important consideration for me since I knew it was only a matter of time before we would end up resigning our membership.

Starting from zero knowledge, I had most of the site converted within a matter of hours. Over the next week, I gained the knowledge to move over the dynamic content, and fix a few other glitches. And after a few months, I learned the “right” ways to do certain things, such as where to load the custom CSS and Javascript files.

With that new knowledge and experience, I decided my own web site needed a revamping. It most definitely was not mobile-friendly, and I hadn’t done much with the site for years other than occasionally update the genealogy section. But there was some content that sometimes prompted visitors to drop a few bucks in my “tip jar”. So I set out to bring my web site solidly into the 21st Century.

My site had literally hundreds of static pages. How to approach such a task? First, photo albums took up a large number of pages. I decided to implement the photo albums using a custom WordPress plugin with Ajax loading of the photos. Conversion of the content was made easier with a custom script.

The next biggest group was a set of about 200 pages, each one for a specific area in the city of Toronto. Again, I wrote a custom plugin with Ajax loading of the individual pages, and converted the pages using a custom script.

The rest had to be handled manually. That put a lot of pages in the main menu. So many in fact, that I reached a hard limit, making it difficult to update the menu. I ended up adding smaller sub-menus included at the top of some pages. Over time, I’ll do more of that to make the main menu more manageable.

Finally, I copied over blog postings from my blogs hosted on Blogger.

There are always trade-offs with any project, such as a web site. I like the freedom you get with a hard-coded site. But that takes much more of an effort. I’m not a big fan of the choices of theme you get with a content management system, but I can live with the options provided by the default scheme that comes with the current version of WordPress. 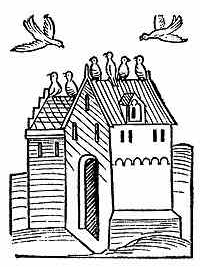