Bloor Street between Yonge and Avenue Road contains a number of high-priced stores, some in a number of interconnected underground concourses. Unlike the others, one store worth visiting is Science City in the Holt Renfrew Center. 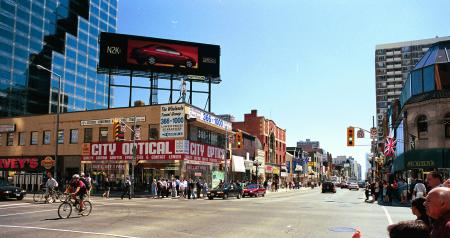 In contrast with Bloor Street, Yonge Street south of Bloor is rather seedy. 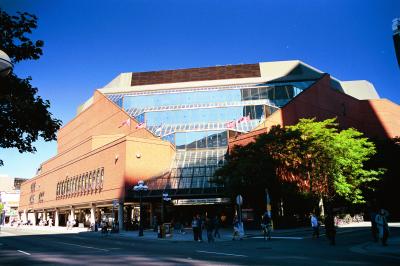 A great way to waste time is to explore the collections of books at the Toronto Reference Library, one block north of Yonge and Bloor.

The former Masonic Temple, a couple of blocks north of Bloor, is now used as a television studio. The program "Open Mike with Mike Bullard" was taped here.

The first automatic traffic signals in the city were put into operation at Yonge and Bloor on August 8, 1925. By 1928, 71 intersections were controlled by automatic signals.